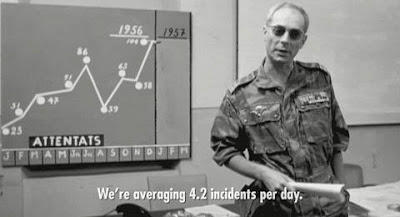 A few viewing suggestions for anyone who suspects that Iron Man 3 might not be quite as edifying as Iron Man or Iron Man 2. By the way, if you do plan on seeing Iron Man 3, consider Will Durant's commentary on Aristotle's Nicomachean Ethics:


"Excellence is an art won by training and habituation: we do not act rightly because we have virtue or excellence, but we rather have these because we have acted rightly; 'these virtues are formed in man by his doing the actions'; we are what we repeatedly do. Excellence, then, is not an act but a habit: 'the good of man is a working of the soul in the way of excellence in a complete life... for as it is not one swallow or one fine day that makes a spring, so it is not one day or a short time that makes a man blessed and happy'".


If you repeatedly consume trash entertainment, you will become a consumer of trash entertainment. You cannot ironically distance yourself from your actions -- they are your identity. When you are asked by the Universe, "Who are you?", you must reply, "I am the sum of my deeds." Are you sure that you want your deeds to include viewing all 3 Iron Man movies, all 3 Transformers movies, and all 6 Fast and Furious movies?

It would take an entire day to see all of those movies -- 24 hours, not including the time it takes to get to and return from the theater. (I am reminded of Dr. Johnson, who was speaking about the prospect of travel to Ireland: "Worth seeing, yes; but not worth going to see.") You only get 25,550 days of life; if you are 20 years old, you are already down to 18,250 days; if you are 40, there's only 10,950 days left. Are you sure that you want to devote one of those precious days to watching crap?

1. The Battle of Algiers

"One of the most influential political films in history, The Battle of Algiers, by Gillo Pontecorvo, vividly re-creates a key year in the tumultuous Algerian struggle for independence from the occupying French in the 1950s. As violence escalates on both sides, children shoot soldiers at point-blank range, women plant bombs in cafés, and French soldiers resort to torture to break the will of the insurgents. Shot on the streets of Algiers in documentary style, the film is a case study in modern warfare, with its terrorist attacks and the brutal techniques used to combat them. Pontecorvo’s tour de force has astonishing relevance today."

This review by Roger Ebert mentions Peter Watkins' very memorable and disturbing The War Game, which is on Netflix and also worth seeing.

"This masterpiece by Jean-Pierre Melville about the French Resistance went unreleased in the United States for thirty-seven years, until its triumphant theatrical debut in 2006. Atmospheric and gripping, Army of Shadows is Melville’s most personal film, featuring Lino Ventura, Paul Meurisse, Jean-Pierre Cassel, and the incomparable Simone Signoret as intrepid underground fighters who must grapple with their conception of honor in their battle against Hitler’s regime."

Here's a review by Roger Ebert.

Not a masterpiece by anyone's definition, but filled with a bunch of memorable scenes, which is more than can be said for most movies. I particularly like the scene where a U.S. special operations team raids a terrorist training camp in the desert and kills everyone present as they are sleeping. Reminds me of the title of the SEAL memoir, "Never Fight Fair."  Harrison Ford does a good job of conveying how stomach churning it must be to see the consequences of "actionable intelligence."

And the tepid but fair Roger Ebert review.

Email ThisBlogThis!Share to TwitterShare to FacebookShare to Pinterest
Labels: movies