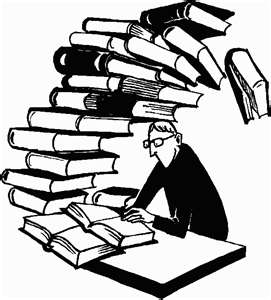 So what does a book reviewer plan to do in retirement? Read books, of course.

"[W]hat I most look forward to in full retirement is reading books for pleasure rather than duty....I aim to spend a lot of time with writers whose work I love and to keep on discovering others whom for one reason or another I have not read. I promise to make one last attempt to read “Ulysses,” the gargantuan novel by James Joyce that was admitted to this country by my great-great uncle, federal Judge John Woolsey, whose famous opinion authorizing its admission I regard as considerably more engaging, witty and intelligible than the novel itself; and having fallen in love all too late in life with Henry James of the early and middle periods, I may try “The Golden Bowl” and others of the late period, though it is a daunting prospect.

Mainly, though, I simply aim to revisit writers whose work gives me the kind of delight that only books can give — lots of P.G. Wodehouse and Peter Taylor first and foremost, of course, and Flannery O’Connor, and Ward Just, and Ellen Glasgow, and Raymond Chandler, and Anne Tyler, and John D. MacDonald, and doubtless “The Count of Monte Cristo” for the umpteenth time — all the while keeping in mind that for almost half a century it was my extraordinary good fortune to be paid to do just that...."