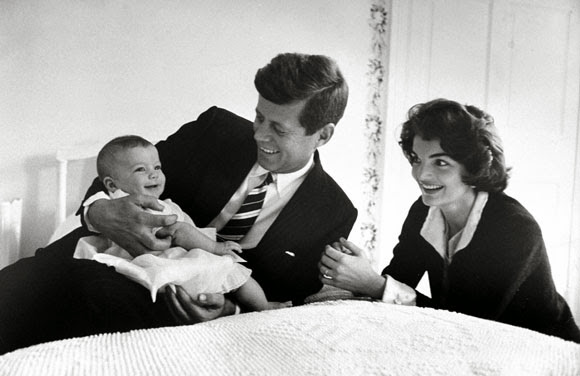 Daniel Mendelsohn has written the best piece I've read on the 50th anniversary of the Kennedy assassination. It's also a strong argument for an education in the classics. Read the whole thing.

“My favorite poet was Aeschylus.” So said Senator Robert F. Kennedy [Portsmouth Abbey; Milton Academy], speaking to a traumatized crowd in April of 1968. Kennedy had come to a poor black neighborhood in Indianapolis to make a routine campaign speech, but learned en route that Martin Luther King, Jr., had been assassinated; it fell to the New York senator to announce the dreadful news. As he struggled to find appropriate language for the day’s carnage—which, of course, would inevitably have recalled to his mind, and the minds of his audience, the assassination of his brother John five years earlier—it was to Aeschylus’ “Oresteia” that Kennedy turned, the grand trilogy about the search for justice in a world filled with metastasizing violence. In the verse he quoted, the Chorus of city elders ponders the meaning of violence and suffering:

Even in our sleep, pain which cannot forget
falls drop by drop upon the heart,
until, in our own despair,
against our will,
comes wisdom
through the awful grace of God.


Kennedy concluded his remarks with an exhortation to heed the wisdom of the ancient classics: “Let us dedicate ourselves to what the Greeks wrote so many years ago: to tame the savageness of man and make gentle the life of this world.” That the savageness could not be tamed was demonstrated, with a dreadful Greek irony, three months later, when Kennedy himself was murdered. The lines he cited on the night of King’s death were used as the epitaph on his own tombstone.


The pieces concludes with this reminder of the origins of drama -- the sacrifice of the king.

And, of course—the oldest tragic plot point of all, the plot that some believe to be at the root of tragedy as a genre, the reason why drama exists in the first place—that the king, the beautiful, powerful, élite, and talented figure on whose glittering figure all eyes are happy to rest, in whom we seek a model ruler, warrior, husband, and father, is, by virtue of those very excellences, conspicuous, marked out as a sacrificial victim. Hero and victim: our ambiguous relationship to the great—our need to idolize and idealize them, inextricable from our impulse to degrade and destroy them—is, in the end, the motor of tragedy, which first elevates and then topples its heroes; not coincidentally, it has characterized our half-century-long response to the Kennedy story, oscillating dizzyingly, as it has done almost from the start, between idealization and demystification.

Email ThisBlogThis!Share to TwitterShare to FacebookShare to Pinterest
Labels: politics