“Tact and diplomacy are fine in international relations, in politics, perhaps even in business; in science only one thing matters, and that is the facts…. If the truth contradicts deeply held beliefs, that is too bad.”

I have been thinking about the books that I read as an undergraduate that I found particularly thought-provoking, enlightening, entertaining, or inspiring. Oh, or disturbing -- disturbing is good.

A lot of people were disturbed by The Bell Curve when it appeared in 1994. Central to the furor was that the authors, Richard J. Herrnstein and Charles Murray, had the bad taste to note, as part of some general truth-telling about intelligence, some things that are still best not spoken of above a whisper. The fact that the book wasn't subject to public bonfires, or that the authors themselves were not subject to the agony of auto-de-fe, is rather remarkable, given that publication coincided with the the emotional climax of the Politically Correct era. (I think the Monica Lewinsky hubbub eventually helped calm people down a bit -- it was hard to be too moralistic in that climate.) 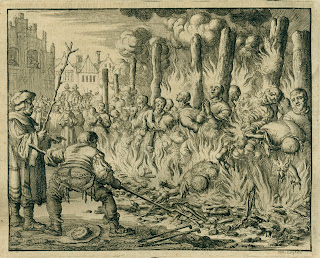 The controversy around the book was such that a group of intelligence researchers felt compelled to create and endorse a collective statement so that public discussion of the topic might occasionally touch upon an actual fact. (It didn't work.) The statement was signed by the best and the brightest in the business, doesn't include anything controversial from a scientific point-of-view, and essentially confirms that The Bell Curve has its facts straight. The statement is well worth reading (just search for Mainstream Science on Intelligence and you will find a pdf; the primary author is Linda Gottfredson). A year or so later, the American Psychological Association published an article titled Intelligence: Knowns and Unknowns that reviewed the scientific literature and said basically the same things as the Mainstream statement.

What's interesting is that getting all hot and bothered about certain facts presented in The Bell Curve caused the critics to neglect the authors' main thesis, which was the increasing cognitive stratification in American society, which they provocatively labelled the emergence of the Cognitive Elite. The authors present a thought experiment, asking their readers to think about their 12 closest friends or colleagues. They note that the odds that even half of any 12 randomly selected Americans have (or soon will have, in the case of undergraduates) college degrees is about 99.4% against (i.e., it will happen only 6 out of 1,000 times). The odds that half or more of any 12 randomly selected Americans have (or eventually will have) advanced degrees is about a million to one. Who are your closest friends or colleagues?

The Bell Curve is fun to read in part because the authors cleverly invite you to think of yourself as a member of the Cognitive Elite (signalled by your reading the book!). It is well written and contains very useful explanations of the normal distribution curve, standard deviations, correlational statistics and their interpretation, etc. that any undergraduate would benefit from. Just don't let your professors see you reading it or else you might get labelled a reactionary deviant with a penchant for eating welfare babies.

Anyway, it says a lot about the lack of free discourse in this country when you cannot even present scientific facts without risk of torture and excommunication. I refer you to these modern witch hunting cases: 1) Dr. James Watson (yeah, the guy who discovered the double helix structure of DNA); and, 2) Dr. Larry Summers (former President of Harvard University). [These slides from Steven Pinker are informative with regard to the Summers debacle.] 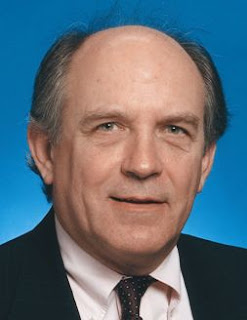 Charles Murray soldiers on, most recently taking on President Obama's assertions regarding the scientific evidence supporting Pre-K education programs. The entire article is worth reading. Here is an excerpt (with emphases added):

"So what should we make of all this? The take-away from the story of early childhood education is that the very best programs probably do a modest amount of good in the long run, while the early education program that can feasibly be deployed on a national scale, Head Start, has never proved long-term results in half a century of existence. In the most rigorous evaluation ever conducted, Head Start doesn’t show results that persist even until the third grade.

Is there anything that money can buy for these children? I am sure that Head Start buys some of them a few hours a day in a safer, warmer and more nurturing environment than the one they have at home. Whenever that’s true, I don’t care about long-term outcomes. Accomplishing just that much is a good in itself. But how often is it true? To what extent does Head Start systematically fail to serve the children who need those few hours of refuge the most?

Asking those questions forces us to confront a reality that politicians and other opinion leaders have ducked for decades: America has far too many children born to men and women who do not provide safe, warm and nurturing environments for their offspring -- not because there’s no money to be found for food, clothing and shelter, but because they are not committed to fulfilling the obligations that child-bearing brings with it.

This head-in-the-sand attitude has to change. If we don’t know how to substitute for absent, uncaring or incompetent parenting with outside interventions, then we have to think about how we increase the odds that children are born to present, caring and competent parents."


Most of Murray's books in recent years seem to have grown out of his op-ed articles, or to have been adequately condensed in articles like this. You might wish to read the article, and then decide if you want to read the associated book (Coming Apart, in this case). His book Real Education grew out of this, and this, and this. The best thing is that you don't have to share his libertarian views in order to benefit from exposure to his work. His writing is clear, well argued, and, to my mind, the public policy proposals he suggests are arrived at honestly.
Posted by Unknown at 10:28 AM