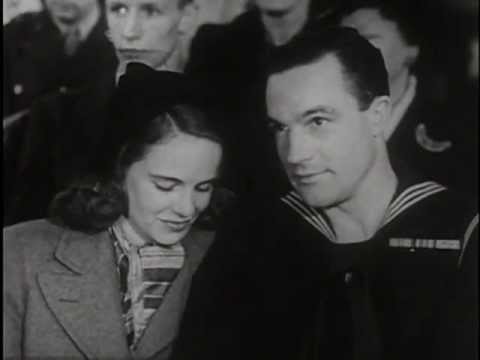 Combat Fatigue Irritability
1945 / 35:07
United States Navy, Bureau of Aeronautics
Directed by and starring Gene Kelly
Gene Kelly directs and stars in this wartime naval “training” film. Kelly plays the role of Seaman Bob Lucas, a troubled and angry “fireman” whose ship was sunk in battle. Many sailors died at sea, but Lucas lived through it and suffers from what now might be termed “post-traumatic stress disorder.” After lashing out at everyone around him, Lucas comes to understand his emotions, and moves from illness to wellness, with the help of a wise psychiatrist. Kelly considered his performance in Combat Fatigue Irritability one of his very best. But no filmography lists it. Apart from the combat-fatigued sailors for whom the film was made, few people have ever had the chance to see it. With this release it becomes accessible to Kelly’s devoted fans and a wider public.