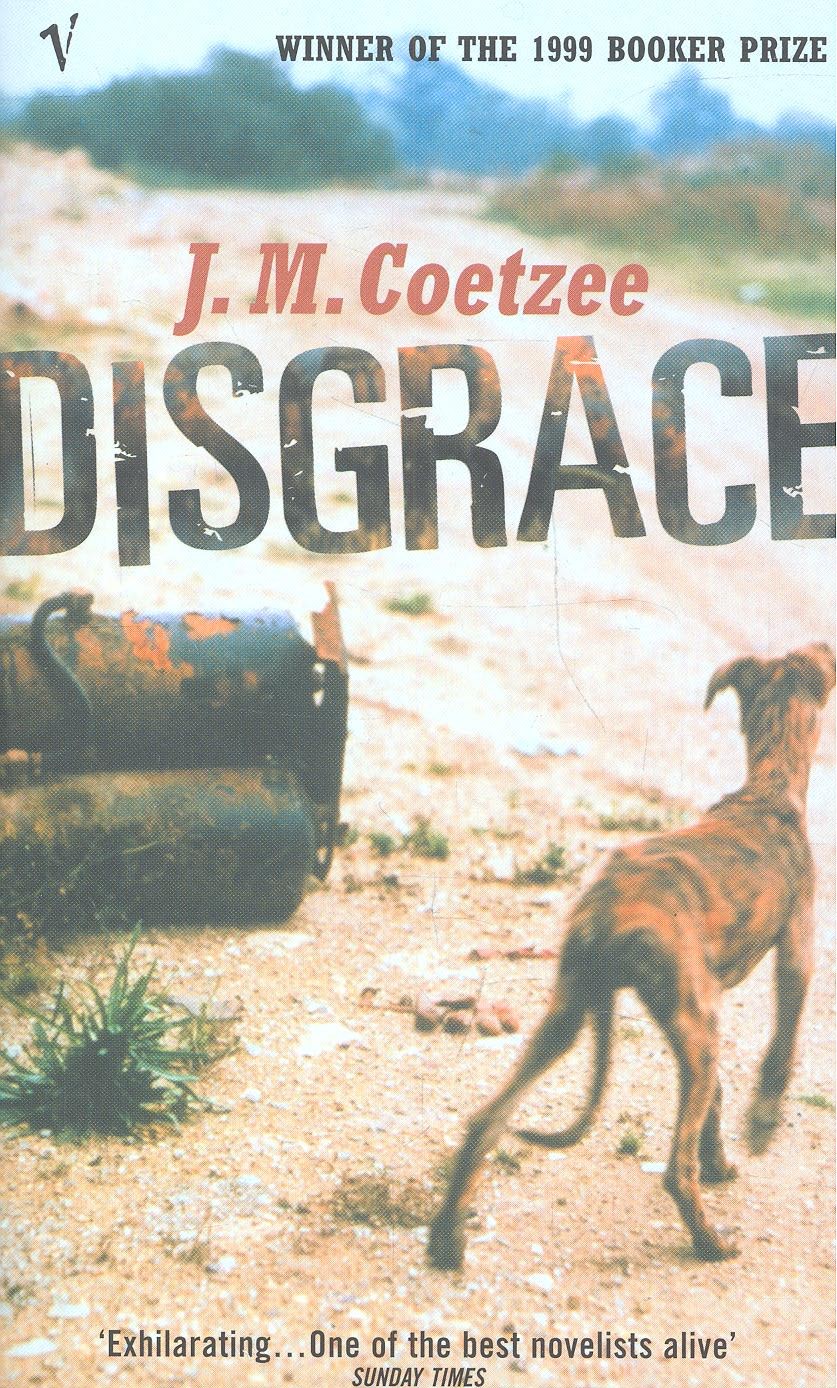 This is a great novel, but bleak, Bleak, BLEAK. David Lurie, the protagonist, is a bit less sympathetic than Humbert Humbert. I imagine that this novel is "taught" in college courses through the lenses of race/gender/class/colonialism, etc. This paper, which is actually okay, even describes the scene in which Lurie's daughter is gang-raped and he is set on fire as one in which he loses his "white male privilege." [I think that William Golding would have put it a bit differently.]
Well, that's too bad.
The book's actually about God, and the emptiness of modern life.
The only sensible and decent person in the novel is the father of the young woman that Lurie rapes. Lurie, the unbeliever, comes to the family to ask forgiveness (or, rather, to parade his faux-contrition). The father says, in the most important line in the book:
"The question is, what does God want from you, besides being very sorry."
The remainder of the book is a sad account of Lurie's inability to take seriously that (rather unsettling) question, and thus his failure to change in any meaningful way.
﻿
Posted by Unknown at 5:00 AM