Was Benjamin Franklin an atheist? Doubtful. 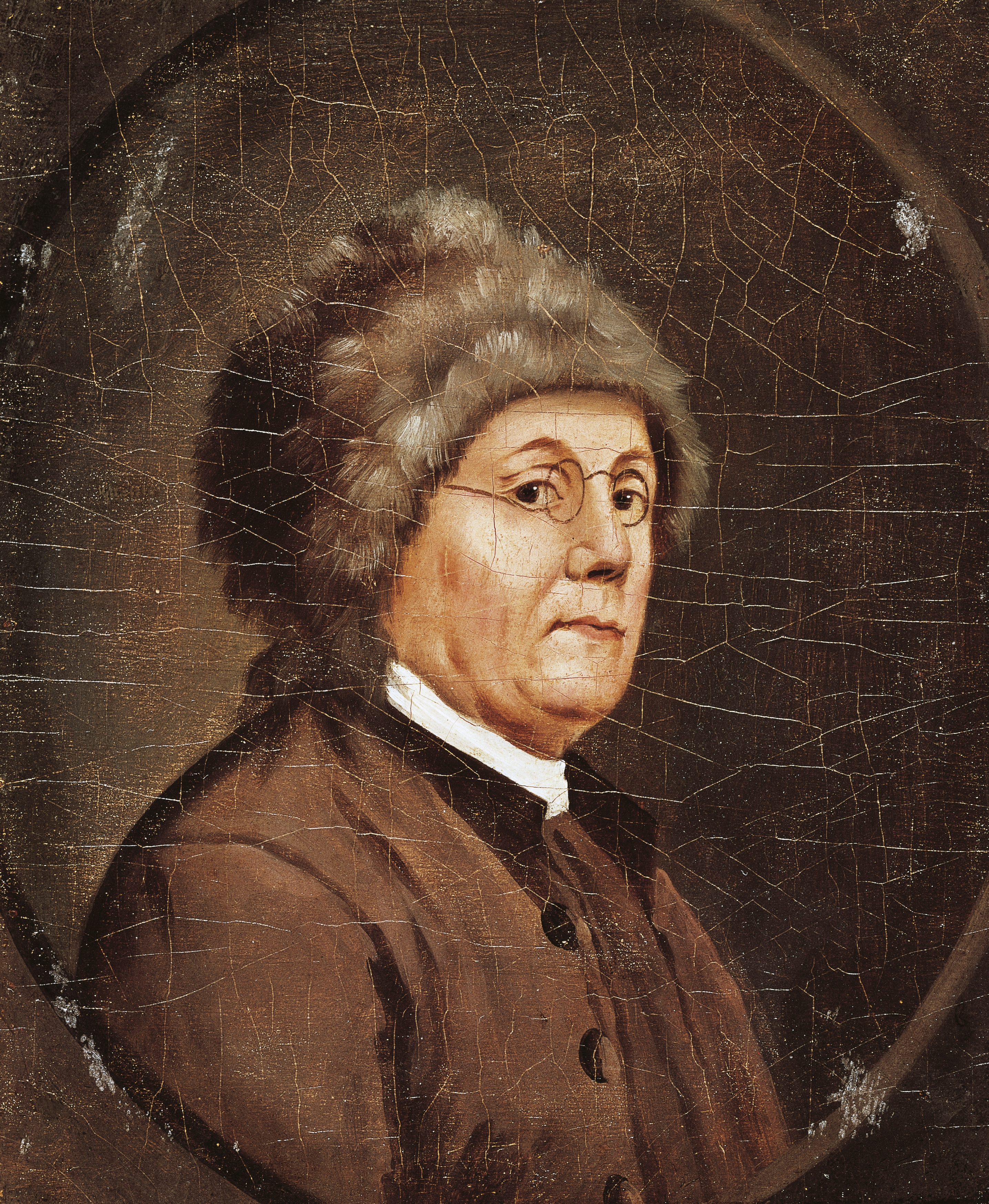 
"On the boat back from London, in addition to speculating about the causes of the Gulf Stream, making astronomical observations, and studying the ontogeny of crustaceans, [Benjamin] Franklin busied himself with devising four commandments for his life (be frugal, speak the truth, work hard, speak ill of no man), and twelve cardinal virtues necessary to keeping them (temperance, order, sincerity, justice, etc.). Number twelve was “Chastity,” to which he appended the explanation, “Rarely use venery but for health or offspring; never to dullness, weakness, or the injury of your own or another’s peace or reputation.” Chastity in moderation, so to speak. A Quaker friend who examined the list said, to Franklin’s surprise, that some people thought him proud, so he added a thirteenth: “Humility. Imitate Jesus and Socrates.” While he was almost perpetually involved in plans of self-improvement—at least until the later years when he laid back to enjoy his celebrity—he also thought it advisable that he accept limited imperfections in himself lest he be accused of “a kind of foppery in morals.”

There was that smugness and complacency to which so many have reacted negatively. Having narrowly escaped from the Mathers of Boston, he was determined to live above the world of certainties and the contentiousness that too often attends them. His was the open-minded and universal view befitting the “scientific” disposition of an age of Enlightenment. He evidenced, writes Brands, “an equipoise that nearly everyone who knew him noticed and that many remarked upon. It could make him seem smug or shallow; while others agonized upon life’s deep issues, Franklin contented himself with incomplete answers, maintaining an open mind and seeming to skate upon life’s surface.” The penchant for the scientific could lead him to the silliness of devising a complex system in which he weighed the pros and cons before making an important decision, assigning a certain mathematical weight, positive or negative, to each item and then arriving at the optimal decision by what he called “moral or prudential algebra.”

The General and Particular Government of the Universe

Franklin’s was a very superior mind, and he knew it. Because it was so very superior, most others did not mind his knowing it but, rather, took pleasure in celebrating his gifts, which were also theirs, for this was an age caught up in an exhilarating dream of progress of which genius was the engine. His discoveries about fire and heat led to the invention of a new kind of fireplace, the Franklin stove, which, as with his other inventions, he did not patent. He thought the invention should be free, being among his gifts to the age. He made his living as a printer, and everything else was gratis. He was not, says Brands, “what the modern age would call a true intellectual.” He did have an endlessly inquisitive mind, and it was aimed at what might make life easier, more productive, or happier. “His view of science mirrored his view of religion. Where faith was sterile if it failed to produce good works, so science was sterile—even if interesting—if it failed to produce good inventions.” Although the term would not come into philosophical use for more than a century, he was, in short, a pragmatist.

The same Franklin, however, cultivated a lifelong friendship with the celebrated British revivalist George Whitefield, who drew vast throngs by his rhetorical powers that could, it was said, reduce listeners to tears simply by uttering the word “Mesopotamia.” Franklin organized the building of an arena in Philadelphia for Whitefield’s rallies, since he was barred from the local pulpits. Franklin thought competition in religion a good thing, although there may have been more to it than that. In 1768 Franklin wrote Whitefield of his worries about British policies toward the colonies, a worry made more distressing by his deep devotion to Britain and aversion to the thought of conflict. In his letter he continued their theological debate of thirty years. “I see with you that our affairs are not well managed by our rulers here below; I wish I could believe with you that they are well attended to by those above.” But, “though the general government of the universe is well administered, our particular little affairs are perhaps below notice, and left to take the chance of human prudence or imprudence, as either may happen to be uppermost.” In the midst of anxieties, however, he wrote to another friend, “Take one thing with another, and the world is a pretty good sort of world; and ‘tis our duty to make the best of it and be thankful.” But to whom, or Whom, is it our duty to give thanks?

Franklin certainly flirted with atheism at times in his life, and still today is usually described as a Deist. When he was an old man, Ezra Stiles of Connecticut asked him about his religious convictions, in response to which Franklin penned what he called his creed. “I believe in one God, creator of the universe. That He governs it by His providence. That He ought to be worshiped. . . . That the soul of man is immortal, and will be treated with justice in another life respecting its conduct in this.” As for Jesus, “his system of morals and his religion [are] the best the world ever saw or is likely to see. . . . I have, with most of the present Dissenters in England, some doubts as to his divinity; though it is a question I do not dogmatize upon, having never studied it, and think it needless to busy myself with it now, when I expect soon an opportunity of knowing the truth with less trouble.” Franklin asked Stiles not to publish this letter, since it might scandalize the orthodox. One may suggest that its approximation of orthodoxy might rather scandalize the many, then and now, who assume that Franklin was a closet atheist who pretended in public to be a Deist."

Email ThisBlogThis!Share to TwitterShare to FacebookShare to Pinterest
Labels: religion