Here's the key graphic from the FBI's recent report on Mass Murders in the U.S. Q: What do you think the takeaway message is that they are trying to get across? A: The FBI needs more money! They did the same thing in the 1980s with serial murder -- gin up a story about some scary phenomenon and position the agency as the solution.

The problem with the "epidemic" of mass murder is that there isn't one. The Daily Beast produced the following reality check during the hysteria that followed the Sandy Hook shooting:

Here's my own graph, using the FBI's own 160 cases, but only including incidents in which a single-shooter killed 4 or more people (not including himself) in a single location (which is the FBI's own definition of a mass murder, which they redefined for the recent report): 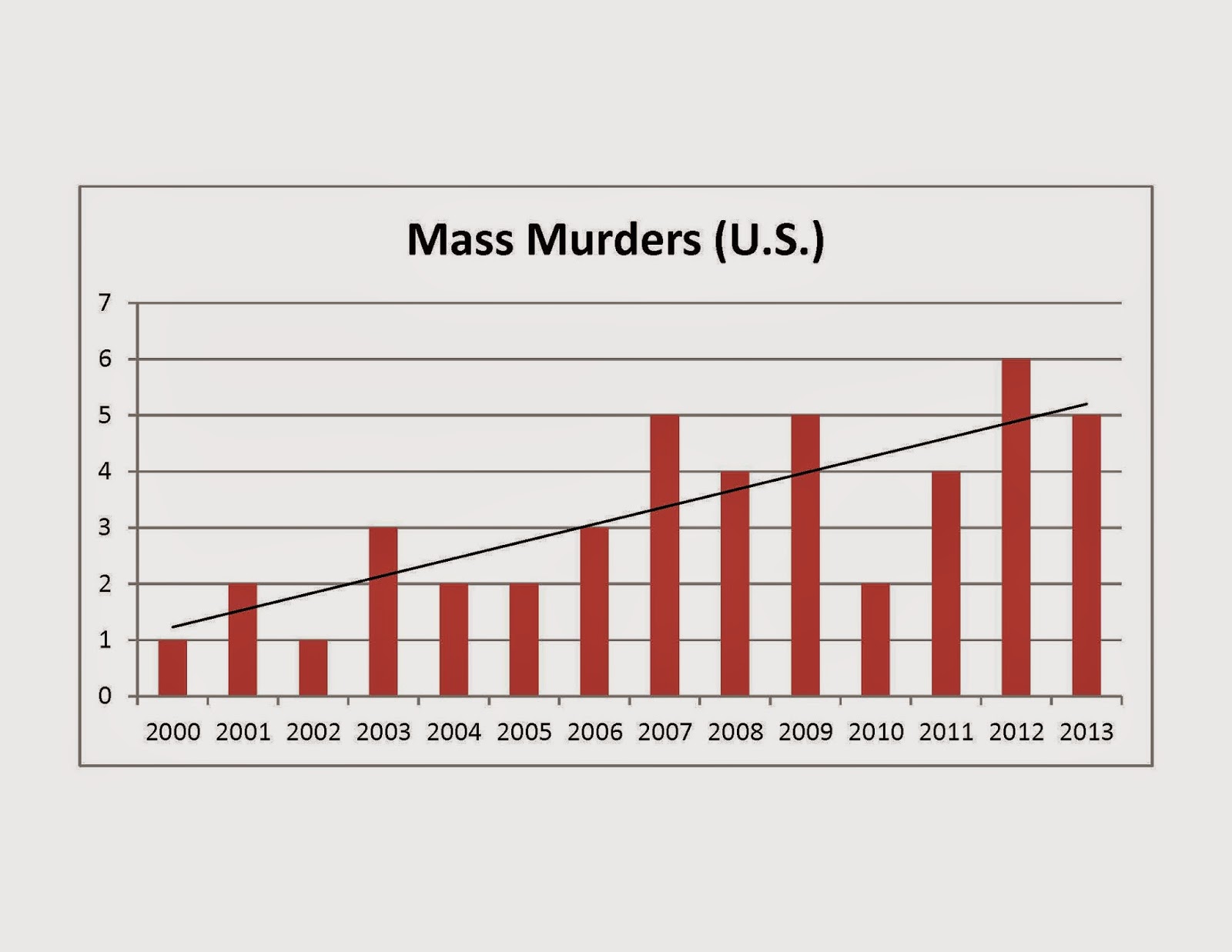 We've still got the scary trendline heading skywards, making it look like 2014 is going to be a record year for mass murders. The thing to remember is that the trendline is an artifact of the data in the table -- it's not being driven by some cosmic force. (Think about how well the trendline up until 2009 would have predicted the number of mass murder incidents in 2010.)

Well, it's October already and I can only think of two mass murder incidents so far in 2014 -- the Isla Vista, California fellow and this family annihilator. I suppose we should expect one or two more before the year is over.

How freaked out should we be about these events? Well, in 2012, the worst year we are considering, the 6 mass murders accounted for a total of 56 homicides. The data isn't finalized for 2012, but in 2011 there were 16,238 homicides in the U.S. So about what percentage of homicides are caused by mass murderers?