So why did you become a clinical psychologist? 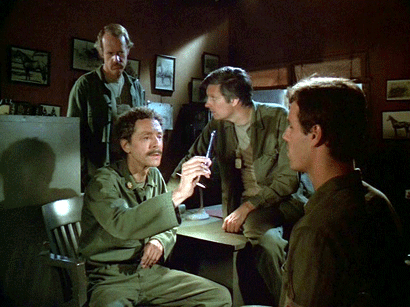 "Here’s the premise: A young medic arrives at the 4077th with amnesia. Psychiatrist Dr. Sidney Freedman is summoned, who (along with Hawkeye and B.J.’s help) hypnotize the young soldier to bring him back to the exact time and place he lost his memory. They recreate the battle complete with sounds and role playing. It’s maybe the most dramatic scene we’ve even written. I won’t spoil the ending should you not have seen it yet."

Email ThisBlogThis!Share to TwitterShare to FacebookShare to Pinterest
Labels: So you want to be a clinical psychologist